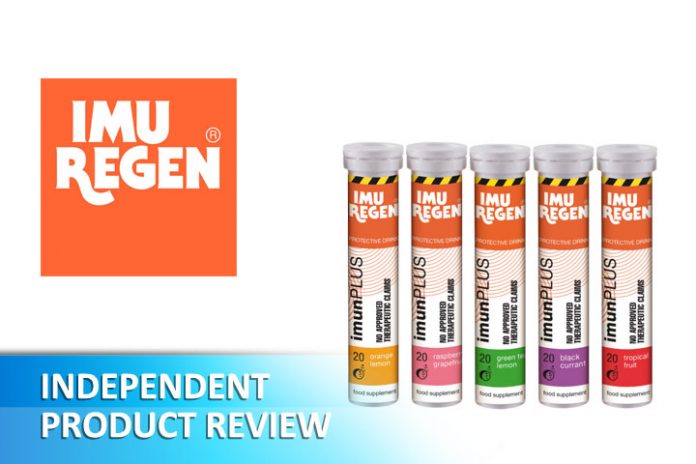 ImunPLUS is a variation of the original product IMUREGEN. Owned and manufactured by UniRegen from the Czech Republic. IMUREGEN was developed by leading Czech immunologists Dr. D. Rakus in the 1950s. After the death of Dr. Rakús, Bedřich Doležel continued his quest and development of the product, which was then called differently. The rights to sell the product was later sold to a small family run business that sold feed products. In 1995, UNIREGEN Ltd. was established and reintroduced the rebranded product called IMUREGEN. In 2018, the online facility for IMUREGEN USA & Canada was launched.

Variation of their flagship product IMUREGEN included other forms such as capsule, liquid drops, and drink mixture. The drink mixture ImunPLUS is an effervescent tablet whose composition included nucleotides in a smaller amount. The company is located in the Czech Republic and is classified as a pharmaceutical company.

ImunPlus is an effervescent tablet about 2 centimeters in diameter and .5 centimeter thick. It is a compacted powder that when dropped into any form of liquid (particularly water), fizzes and dissipates into the water. The tablet comes in several flavors and the water treated with the tablet turns into a several light tinted color, indicating that the tablet is totally dissolved.

The water also has a slight fruity taste, depending on the flavor. It can be likened to a sports drink that has mild taste and color. (Example: Raspberry taste with light pink tink for ImunPLUS Raspberry flavor).

20 effervescent tablets per tube. This is equivalent to 1,000 liters of water (20 tablets) which is about 5 glasses of water per tablet preparation.

The drink is prepared by dissolving one tablet in 500 mL of water. A person can drink it as needed or up to 1.5 liters of water daily (1 to 3 tablets). Anyone can drink the product from 1 year old and older. The water mix should be done fresh each time, to avoid oxidation of the effervescent tablet.

Tube should always be kept closed and tablet unexposed to prolonged moisture.

Years in the market

ImunPLUS was introduced in the late 1990s, just after IMUREGEN capsules were introduced. Actual data is not available in the manufacturer’s official website. It would be safe to assume that the product has been around for more than 20 years, mainly distributed in the Czech Republic.

How the product is sold & distributed

ImunPLUS is sold as retail online in its native Czech Republic. It was introduced in the USA in 2010 and sold in online health stores. The unsuccessful venture between the owners and the USA counterpart paved the way to a new global distributor for the product.

In March 2016, Forever Healthy Product, a company based in the Philippines and USA was given the rights to sell the product online through Multi-Level Marketing or MLM. The product is manufactured and distributed by the parent company, UniRegen Spol. SRO.

This healthy drink is originally intended for those who maintain a very active lifestyle. This includes athletes, gym enthusiasts, those who are always exposed to the sun, and people who generally work in an environment that needs immediate relief from minerals lost in sweat.

A glass of IMUREGEN ImunPLUS immediately provide the lost vitamins and mineral lost in sweat. It’s an ideal drink during sports or outdoor activity during the summer months. It will immediately energize and provide body cells active nutrition that will allow you to keep going, according to the manufacturer.

REBUTTAL ON THESE CLAIMS & BENEFITS

Independent studies on nucleotides or NT have consistently shown it can affect the immune system of the body. Nucleotides carry packets of energy within the cell in the form of the nucleoside, playing a central role in metabolism. It also participates in cell signaling and incorporated into important cofactors of enzymatic reactions. Thus the claim it can affect the immune is true, but so as other protein-based supplements that promote cellular repair.

It can be assumed that nucleotides in ImunPLUS may be less effective as compared to actually taking in NT supplement.

NT can be synthesized endogenously and thus are not considered essential nutrients. Studies have demonstrated, however, that dietary NT can have beneficial effects; the term “conditionally essential” has been used to describe their role in human nutrition. Source: Molecular Biology of the Cell (4th ed.). Garland Science

Beneficial to children: dietary NT is reported to enhance the gastrointestinal and immune systems of formula-fed infants. Infants fed NT-supplemented versus non-supplemented formula have a lower incidence of diarrhea. (Source: NCBI)

Role in adult: T-lymphocytes* seem to require dietary nucleotides for normal maturation and function. Dietary nucleotides (such as in food supplement form) can restore lost immune function even during protein starvation and weight loss. (NCBI)

→ Imuregen side effects and complaints

Having said that it is not necessarily essential and seem to work more for infants or those with a dietary need (example: malnutrition), NT supplementation appears advantageous only to people who are devoid of proper nutrition.

Thus, products like IMUREGEN’s ImunPLUS may actually be non-beneficial to a person who eats a proper amount of rich-nucleotide food. Dietary NT is commonly formulated in infant powdered milk and not adult food formulation. The reason is simple, adults have direct access to nucleotide-rich food.

* T cells or T lymphocytes are a type of lymphocyte (a subtype of white blood cell) that play a central role in cell-mediated immunity. They can be distinguished from other lymphocytes, such as B cells and natural killer cells, by the presence of a T-cell receptor on the cell surface.

* T cells or T lymphocytes are a type of lymphocyte (a subtype of white blood cell) that play a central role in cell-mediated immunity. They can be distinguished from other lymphocytes, such as B cells and natural killer cells, by the presence of a T-cell receptor on the cell surface.

When we perspire, water is released through our skin in order to cool down body temperature. The only and natural remedy is to drink liquids. Water in any form can readily be absorbed by our body, thus to say that ImunPLUS can replenish it on ‘cellular level’ is an overstatement.

Cells have a barrier called the plasma membrane that allows relatively small molecules to enter and exit the cell but does not allow for larger molecules to pass. In terms of proteins, nucleotides, and fats, the cell will first synthesize what it needs and discard what it does not need.

Not all elements can be absorbed primarily because of the size. If a protein is too large, they get too big to cross the plasma membrane. IMUREGEN claims that its composition is small enough to cross the barrier. Well, any supplement for that matter will be broken down into smaller absorbable element.

→ Battle of the probiotics, which is the best at Costco?

There are no popular studies to support that nucleotides can promote restful sleep. Sleep pattern may be disrupted when a person suffers from immune deficiency. We could not find any clear and conclusive report on ImunPLUS affecting sleeping habits.

There are no citations available online, except for IMUREGEN (main brand), that claims support, endorsement, and recommendation from the Ministry of Health, Czech Republic. It also cites more than a dozen clinical studies, where one research is said to be funded by the World Health Organization in 2001.

ImunPlus should be mixed with water (or any liquid drink). One tablet plus 500mL of water. There are no overdosing, but efficacy may be lost if diluted into too much water.

To date, there are no known side effects of the product. Except for a dislike for the taste among children who are not used to a tasteful fruit drink but with very little sweetness.

ImunPLUS is priced at about US$50, which is more expensive than other effervescent products available. However, it is the only product to date that claims it has nucleotides. Effervescent usually comes as a healthy drink that contains Vitamin C and other herbs that also promotes a boost in the immune system. ImunPLUS formulation is totally different from common effervescent available in the USA.

Other Products with Similar Claims

ImunPLUS is patronized by both male and female, but main users are from the 20s to 40s or those who maintain an active lifestyle, particularly health enthusiast, athletes, or gym goers. It recommended for children, but parents prefer to give Vitamin-C based effervescent tablets to boost their immune system.

Customers who buy the product are mainly from the Czech Republic and some parts in Europe where it is sold.

Positive comments about the product

The product is not popular among English speaking countries and people from the Czech Republic do not post their comments on the manufacturer’s website. However, a few comments from others included claims that it helps children who have fever recover lost to sweat and even reduce a high temperature.

1. Complaints are limited to the taste, which children are not really fond of. Adding sweetness helps a lot.
2. Expensive compared to other immune boosting drinks, at nearly 1/4 of the price.
3. Color of the table changes when exposed to air.
4. Taste seem stale if left after more than an hour.
5. Not available in local drugstores.

Yes and no. Yes, the company’s main product IMUREGEN that contains similar ingredients is highly recommended by doctors worldwide. Its claims are also supported by several independent, and sponsored clinical studies and trials. No, ImunPLUS as of July 2016 does not have a visible and significant recommendation from doctors or medical organizations.

None, it has no record of special awards or is it cited by an organization

Effectiveness of ImunPLUS cannot be measured as of now, as there are very few comments or customer response about the product. User-testimonials is also unavailable.

Product is available in most parts of Europe. When we tried to buy the product in the USA, the merchant said it is currently unavailable with no reasons given. It is however available in the Philippines, since March 2016. 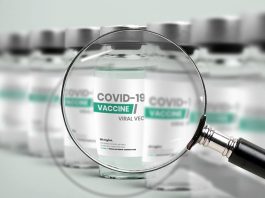 Should I take Coronavirus vaccine even if I’m healthy? 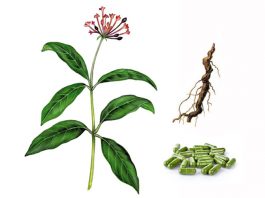