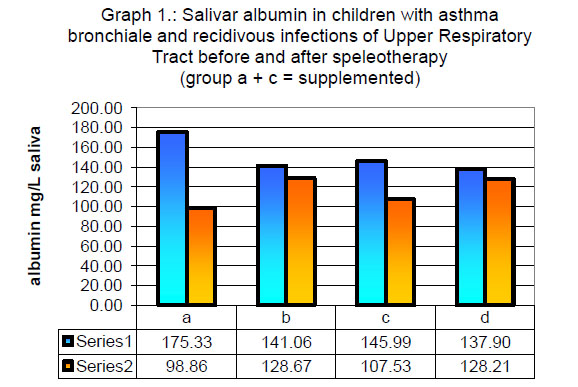 In the continuation of this study, we have tested a total of 45 children with bronchial asthma and 43 children with chronic infections of the upper respiratory tract. As is obvious from graph 1, pronounced improvement in findings occurred, mainly in children with nutritional regime (supplement with poly and oligonucleotides – Imuregen), group A and C.

The values of albumin in individuals with bronchial asthma were statistically significantly decreased, as well as in children with chronic infections of the upper respiratory tract. Improvement in children without supplement was less pronounced but provable.

Overall findings are in accordance with literature sources, which presents, that even short supplementation with the corresponding dose of nutritional supplement can lead to fast modification of immune parameters. We continue in this study with the evaluation of samples, which are done 6 months after undergoing a treatment regime. (SOURCE: Book of Clinical Studies)

Nucleotide for aging joints and muscles for seniors