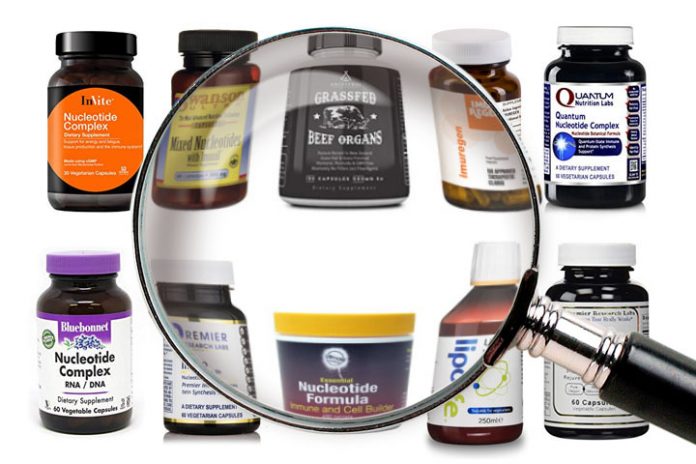 All protein-based extracts work on the cell’s DNA level

Nucleotide products from SWANSON, BLUEBONNET or IMUREGEN among others are nucleotide supplements. Like all other protein-based extracts, it works on the DNA level. Naturally, it is not to say it alters the DNA of a mammal. It simply means it can work from within a cell structure much like how others work. What it does is to help the body repair itself by supplying proteins (nucleotide protein) that the cell, muscle, or nerve needs.

Nucleotide plays a central role in life-form metabolism at the fundamental, cellular level. They carry packets of chemical energy—in the form of the nucleoside triphosphates ATP, GTP, CTP, and UTP—throughout the cell to the many cellular functions that demand energy, which include synthesizing amino acids, proteins and cell membranes and parts; moving the cell and moving cell parts, both internally and intercellularly; dividing the cell [1]. In addition, nucleotides participate in cell signaling. (Wikipedia)

Our genetic material is constantly being damaged. “As a rough estimate, there are 10,000 DNA lesions per day per cell,” says Thomas Carell, who studies DNA repair at Ludwig Maximilian University of Munich. However, taking a nucleotide supplement will NOT repair the damage. Still beneficial, protein derived from these types of supplements can provide nutrition that damaged cells need.

→ How can you get nucleotide through diet.

DISCLAIMER: Tomas Lindahl, a Nobel Prize Scientist, is NOT related or does he endorse products like Imuregen, Swanson, Quantum or other brands. He is mentioned in this article for his important discovery on DNA repair.