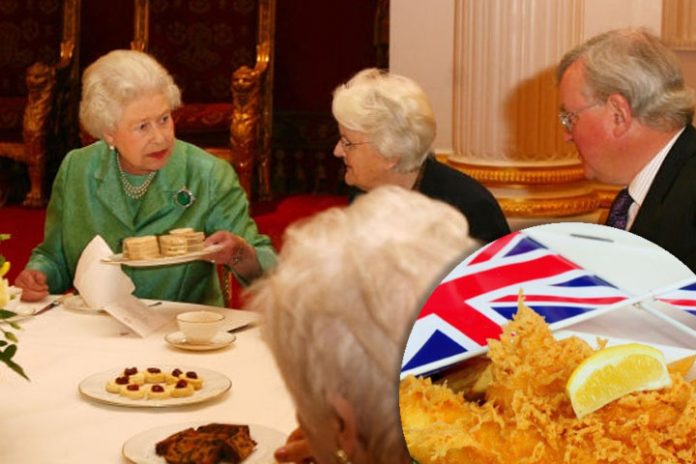 Queen Elizabeth turned 92 in 2018 and she’s not only the longest reigning monarch but the oldest politically active and sharp-minded leader. Here are three “Royal eating habits” of the United Kingdom’s grand dame.

1. She eats in portion

Counting calories is highly recommended by nutritionists and dieticians, not really for slimming down but to maintain the ideal weight. A lot of us eat more than our daily portion causing our cholesterol, sugar, and triglycerides to shoot. These affect our heart, kidney, liver, that over time cause serious health problems.

The Queen doesn’t look slim which is not to say she overeats, but because age slows down metabolism. Even if you eat the right potion, you will gain weight as you age. The key is really the amount of food you eat every day.

To slim down, cut your calories:

The data means that a female at this age, height, and weight can only eat about 3 McDonald’s burger each day, no soda, no sweets. The moment she eats more, those extra calories should be burnt through an activity for that day. If it stays on, it becomes those extra layers fat.

For the Queen’s age, the estimate is roughly the same, though we’re not sure of her daily exercise routine.

→ Why Laminine is the best supplement for

UK’s magnificent Queen loves a slice of chocolate biscuit cake. Her former personal Chef, Darren McGrady shared in his Today’s show testimony, “She’ll take a small slice every day until eventually there is only one tiny piece, but you have to send that up, she wants to finish the whole of that cake,” the rest she gives away. (Today’s Show)

Chef McGrady said, “She wasn’t keen on milk chocolate or white chocolate.” Dark chocolates are also rich in flavonoids that may actually protect a person from heart disease. The mix of her diet is supplemented by these natural probiotic.

Research does show the benefits of eating dark chocolate in moderation. In UK’s middle-aged and older adults who eat up to 3.5 ounces of chocolate a day (that’s more than two standard Hershey bars) seem to have lower rates of heart disease than those who dislike dark chocolates.

The findings were from a study that followed the health of nearly 21,000 resident of Norfolk, England, for 11 years. Among those in the top tier of chocolate consumption, 12% developed or died of cardiovascular disease during the study, compared to 17.4% of those who didn’t eat chocolate. (Source: British Medical Journal)

The Queen often eats smoked salmon sandwiches with her afternoon tea. For the rest, its usually grilled fish for lunch or dinner according to his former private chef.

Fish has long been held to prevent heart diseases and diabetes. If you’re not a fish dish fan, taking a high-quality omega fatty acids supplement is an alternative and its available in the UK. Royalties who are health conscious would likely be taking these types of supplements.

→ Will Nevetica Pet Supplement work for your dog or cat?

impossible meat beyond cell based dangerous side effects

Butter vs. Margarine Rumors and facts